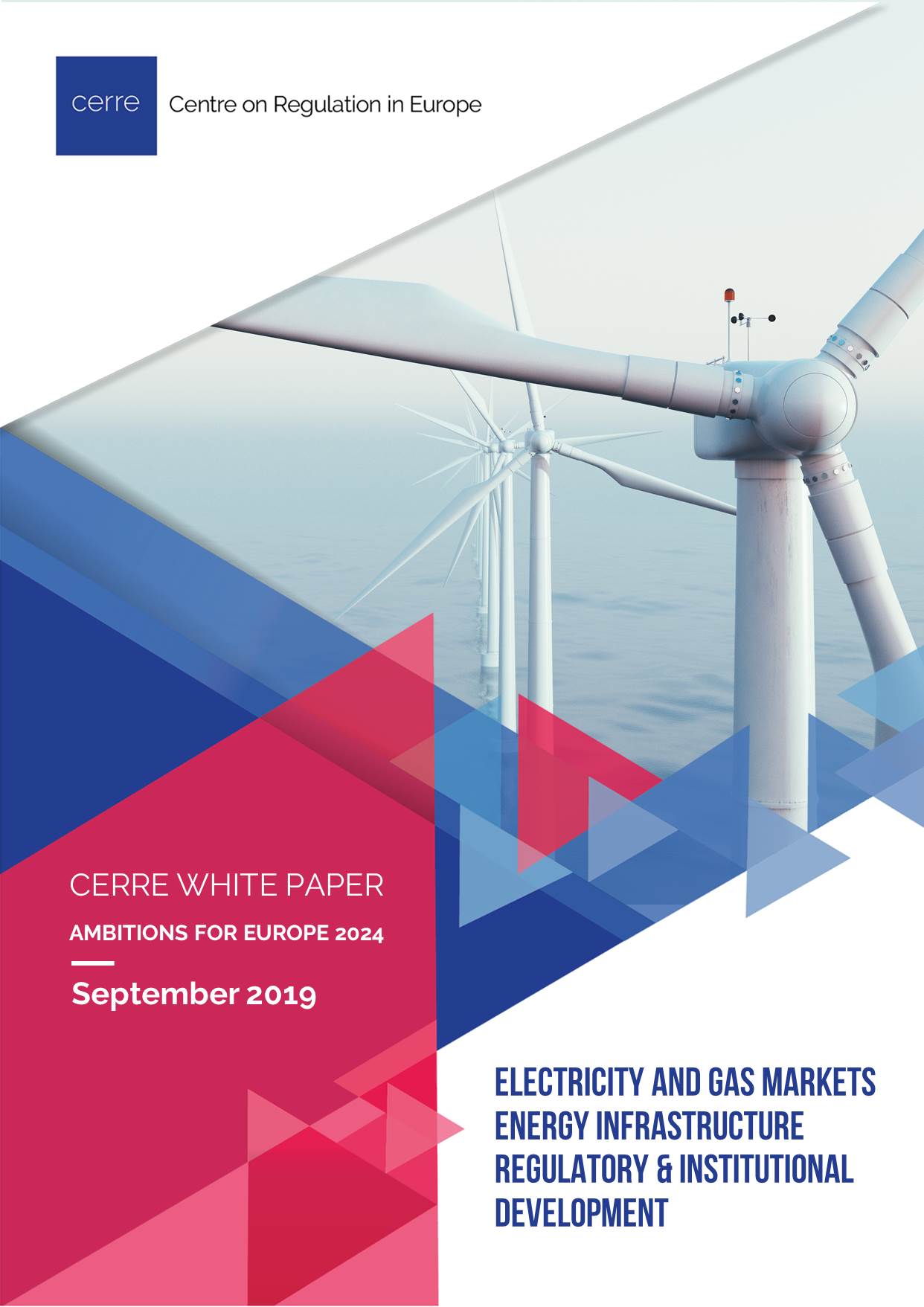 This is a wide-ranging dossier on Europe’s energy regulation towards 2024 for the new European Parliament and Commission.

“In tune with today’s reality, smarter regulation should be the hallmark of a European Union dedicated to working for its citizens. This will contribute to the much-needed consolidation of our democracy and to a stronger Europe”, says CERRE’s Director General, Bruno Liebhaberg.  “Delivering on Europe’s climate, digital and mobility ambitions, as well as strongly defending European values of democracy and solidarity are challenging tasks. Yet they are achievable if European institutions act together in these critical sectors for Europe.”

Catherine Banet (PhD) is Associate Professor at the University of Oslo, Faculty of Law, Scandinavian Institute of Maritime Law, Norway.

Monica Giulietti is a CERRE Research Fellow and Professor of Microeconomics at the University of Loughborough’s School of Business and Economics, where she heads the Economics Discipline Group focusing primarily of energy economics and regulation.

Previously, she worked at the universities of Warwick, Nottingham, Aston and Exeter. Throughout her career, she has frequently published in international journals and conducted research work for several governmental institutions and organisations.

Chloé Le Coq is a CERRE Research Fellow and Professor of Economics at the University Paris 2 Panthéon-Assas and at the Stockholm School of Economics (SITE).

He is a Professor of Microeconomics at VU University Amsterdam. He holds a PhD in Economics from the Universidad Carlos III de Madrid.

José Luis is an ICREA Research Professor (on leave) and worked at the Department of Economics at IESE in Barcelona from 2009 to 2011.

In addition to the study of the market imperfections generated by transaction costs, his research interests include energy economics, two-sided markets, advertising and research and development networks.

His work has been published in leading economic journals, including the Journal of Political Economy, the Review of Economic Studies and the Rand Journal of Economics.

José Luis’ research in energy economics is mainly focused on transparency in forward markets, access pricing for and investment in interconnectors, and the role of open seasons.

Michael Pollitt is Professor of Business Economics at the Judge Business School, University of Cambridge. He is an Assistant Director of the university’s Energy Policy Research Group (EPRG) and a Fellow and Director of Studies in Economics and Management at Sidney Sussex College, Cambridge.

He is a former external economic advisor to Ofgem. He is a member of the editorial board of the Review of Industrial Organization, Competition and Regulation in Network Industries, Utilities Policy and The Energy Journal. He was a founding co-editor of Economics of Energy and Environmental Policy.

His research interests include productivity analysis, measurement of economic reform impacts and future electricity and carbon market design and regulation.

Michael has a D.Phil. from the University of Oxford.

Professor Bert Willems, a Belgian national, Bert Willems is a Research Fellow at the Centre on Regulation in Europe (CERRE) and an Associate Professor of Economics at the University of Tilburg.

He is also a Research Fellow of the CentER for Economic Research, Tilburg University, and a Senior Member of Tilburg Law and Economics Center (TILEC). He is also vice-chairman of the Benelux Association for Energy Economics (BAEE).

Bert holds a MSc in Mechanical Engineering and a PhD in Economics from the KU Leuven.

Review of the electricity market design in the context of the energy union: the role of regions
23 February 2017