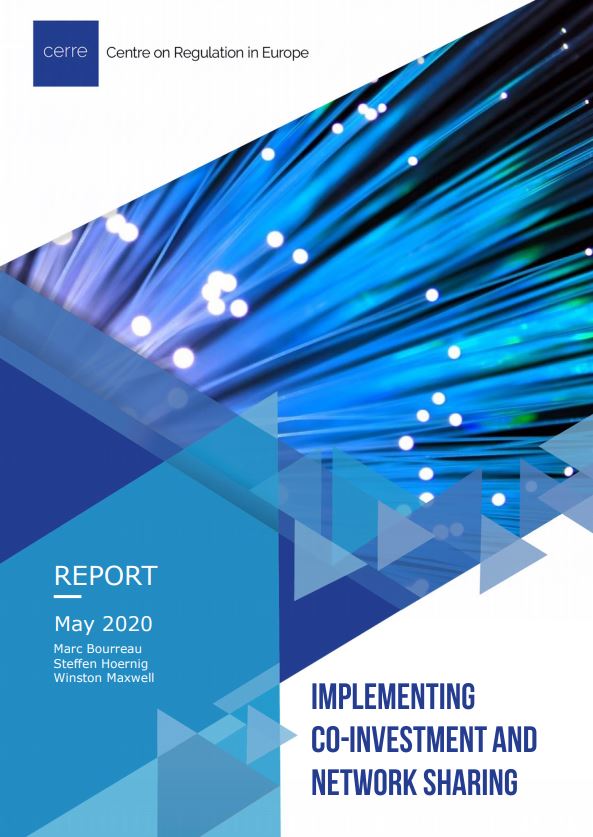 This CERRE Telecom report investigates the benefits and drawbacks of telecom infrastructure sharing. The authors, Marc Bourreau, Steffen Hoernig and Winston Maxwell, have analysed the practice in 12 European countries* and provide recommendations to fairly and efficiently implement co-investment & network sharing agreements in Europe.

The new European Electronic Communications Code introduces new regulatory provisions to stimulate investment in next-generation access networks and help to achieve the Gigabit Society targets for the European Union. One of the key new provisions is co-investment for very-high-capacity networks as an alternative to access remedies.

In mobile markets, network sharing agreements are also very common, both mandated and voluntary, and can take different forms, ranging from sharing of cell sites to sharing of Radio Access Networks (RANs) and spectrum. The deployment of the new 5G mobile technology makes it necessary for operators to share even more of their infrastructure.

Our analysis shows that from a social point of view, infrastructure sharing has the following potential benefits:

The market context and the type of technology deployed (fixed or mobile) will affect the magnitude of potential benefits and drawbacks.

Finally, in this report, we discussed the experience in various European countries regarding mobile network sharing and fixed co-investment, with a review of the relevant legal cases when available. The legal cases show that infrastructure sharing agreements are generally viewed favourably by competition authorities as fostering faster network roll-out and increased competition, and that there is not one single form of cooperation that is favoured by competition authorities.

The cases show that infrastructure sharing transactions, regardless of the form, must take the following anti-competitive effects into account:

Marc Bourreau is a Academic Co-Director at CERRE and Professor of Economics at Télécom Paris (Institut Polytechnique de Paris). He is affiliated with the interdisciplinary institute for innovation (i3) for his research.

His research focuses on competition policy and regulation, digital markets, and telecommunications.

Marc holds a Ph.D. in Economics from the University of Paris Panthéon Assas.

Steffen Hoerning is Associate Professor of Economics at the Nova School of Business and Economics in Lisbon, Portugal. His research areas include industrial organisation, with emphasis on network economics, research and development, and oligopoly theory.

Winston Maxwell is Director of the Law & Digital Technology Studies department at Télécom Paris – Institut polytechnique de Paris, where he teaches and writes on subjects related to the regulation of data, AI and telecommunications.

He previously had a career in private practice as a partner of the international law firm Hogan Lovells.

Effective and Proportionate Implementation of the DMA
11 January 2023

Recommendations for the Effective and Proportionate DMA Implementation
14 December 2022

Procedures and Institutions in the DMA
5 December 2022

Effective and Proportionate Implementation of the DMA
28 November 2022

Effective and Proportionate Implementation of the DMA
23 November 2022