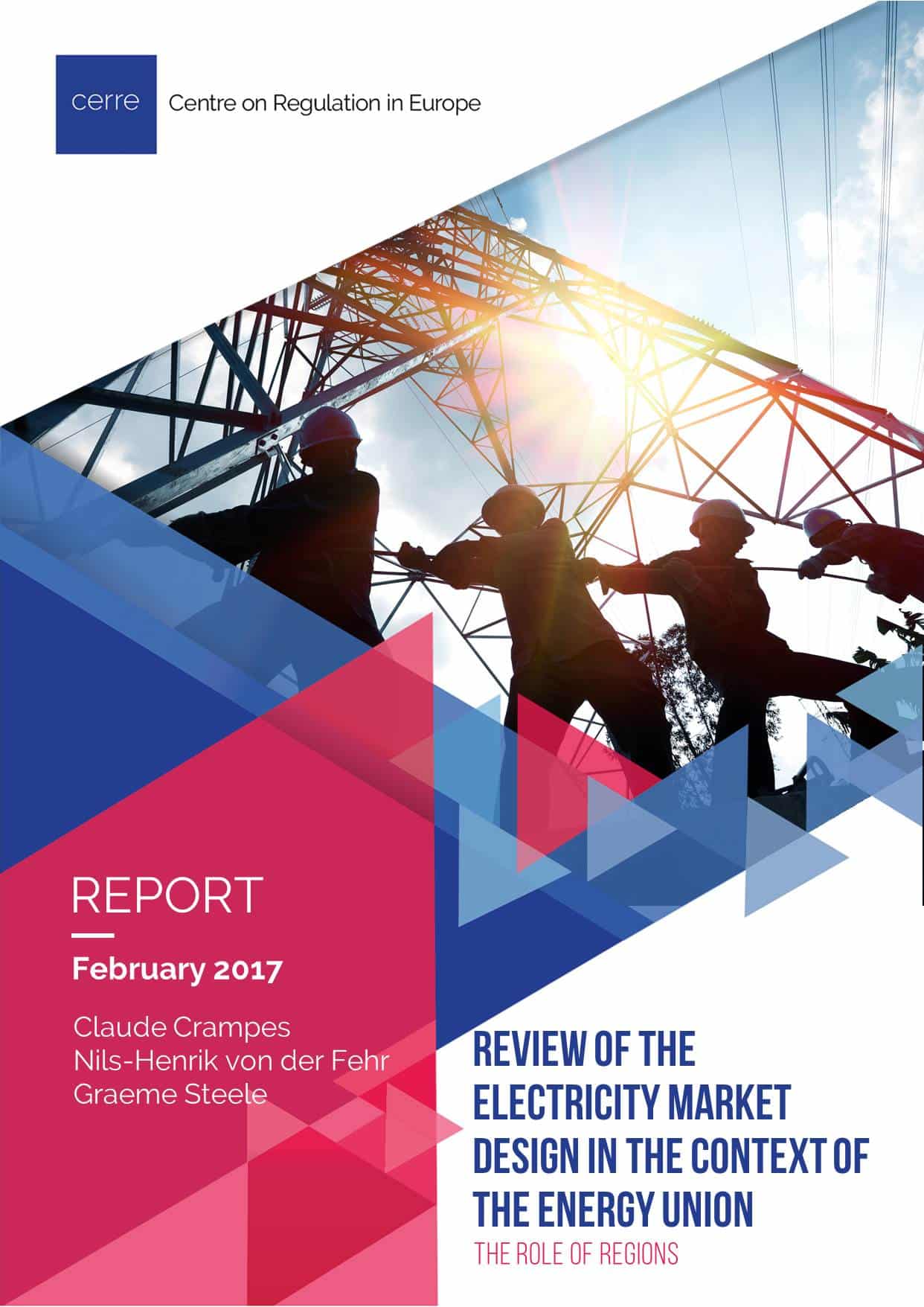 Review of the electricity market design in the context of the energy union: the role of regions

The Energy Union proposals (along with the more recent Clean Energy Package) place great emphasis on the Internal Electricity Market developing on a regional basis. However, these regions will develop at different speeds and in different ways, based on political considerations, infrastructure, markets and system operations. These different development paths, coupled with the political nature of the issues involved, mean that a single, clear, coherent governance structure is unlikely to emerge.

These are among the key findings of a new report from CERRE. Authored by Professor Nils-Henrik von der Fehr (Oslo), Professor Claude Crampes (Toulouse) and Graeme Steele (CERRE), the report examines the regional aspect of the Energy Union proposals and assesses if a model of regional development is desirable and can be made to work.

The key findings of the report include:

“The regional dimension of the Energy Union proposals is becoming ever more important. However, the findings of this new, original CERRE research shows that political considerations – largely related to security of supply – remain a key factor. Indeed the eventual policy outcomes on the regional dimension are in our view likely to be dominated by how these political aspects are resolved.”

REPORT | Review of the Electricity Market Design in the Context of the Energy Union: The Role of Regions

Graeme Steele is a senior executive with thirty years’ experience in the European energy sector across the electricity and gas markets. Prior to forming GES Energy Consulting Limited in August 2015, he held various senior management roles in National Grid, ranging from developing and operating major interconnector projects, to establishing a Brussels Office, influencing energy market integration and design, leading regulatory tariff reviews, designing transmission network charging systems, and leading the start-up of a telecoms infrastructure business. Graeme was also involved in the privatisation project which split up Great Britain’s energy industry in the early 1990s. He has been a Director of National Grid Wireless, National Grid Interconnector Holdings, National Grid Interconnectors Ltd, National Grid Belgium and BritNed, the Joint Venture that operates the interconnector between Great Britain and The Netherlands. He has also held a number of senior executive positions at EU level, namely: founding Chairman of the Board of ENTSO-E (the European Network of Transmission System Operators for Electricity); founding Board member of ENTSOG (the European Network of Transmission System Operators for Gas); and Board member of Gas Infrastructure Europe (GIE).