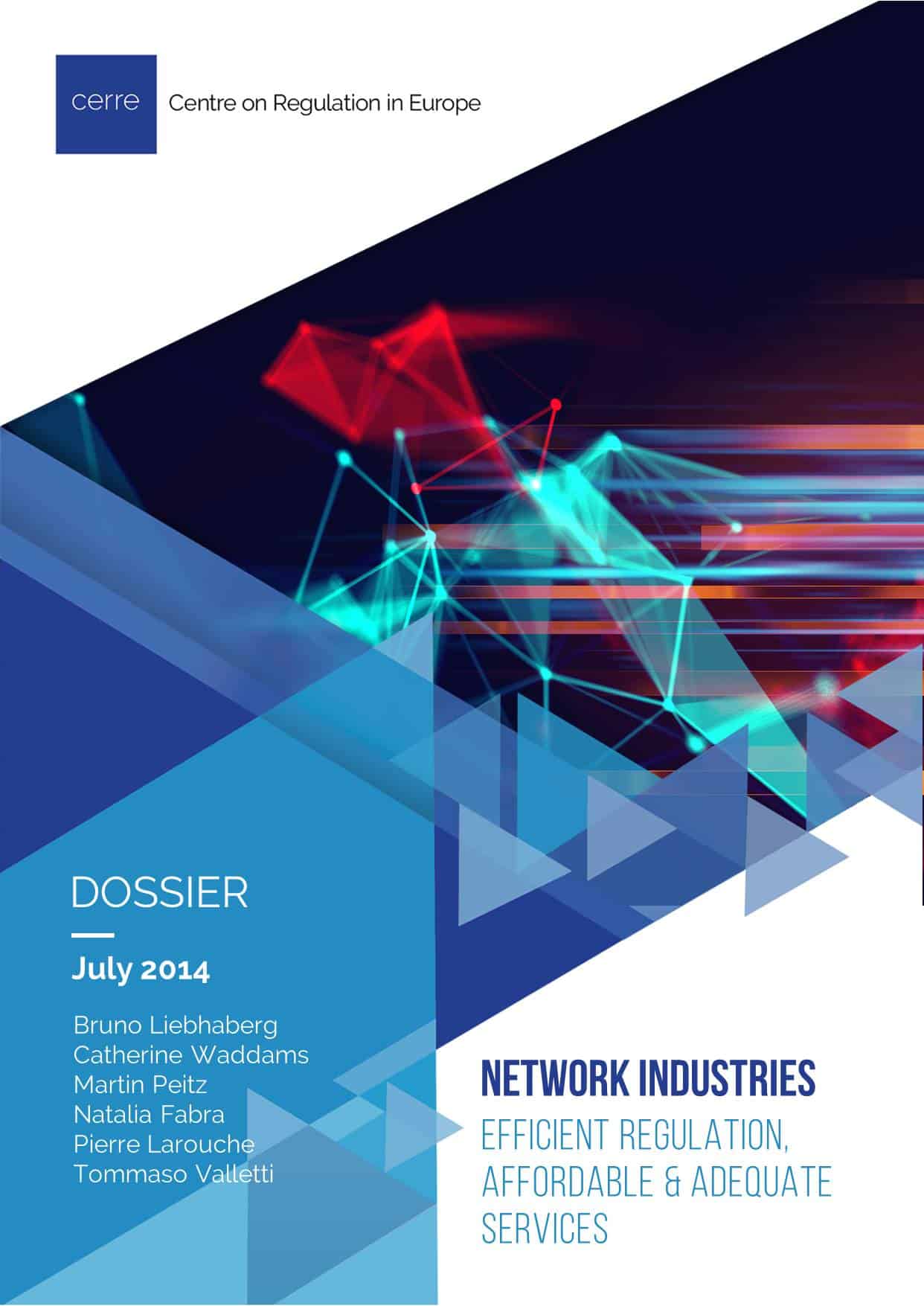 Europe’s policies and, in growing quarters, its very nature are being seriously challenged by its citizens. The new European Commission elected in 2014 will more than ever be assessed on its capability to take the Union forward.

Among many issues on the Commission agenda, those related to the regulation of network industries will have to be addressed in a particularly assertive, though careful way.

This is so because, as citizens, we are also users and consumers of electricity, gas, heating, rail transport, electronic communications, media, postal and water services. Robust, reliable and transparent regulation systems and practices in those network industries are a necessary condition to affordable and adequate services in the short-, medium- and long-run.

Therefore, effective and efficient regulation of network industries constitutes a visible and integral part of the good governance that citizens expect from public authorities at all levels and in particular from the Commission.

Since the late ’80s, the latter has been at the spearhead of the liberalisation process. It has also initiated, laid the foundations and played a key part in the development of those industries’ regulation.

This CERRE contribution to the policy debate includes original, sector-specific and cross-sector recommendations on future regulatory policy in network industries.  It provides a critical view on some measures and policies which are in the pipeline or already implemented, on others which should be reconsidered or approached differently and, eventually, on new initiatives to be taken.

It has been developed in full independence by a group of some 20 academics recognised among the best economists and lawyers in their respective fields.

Tommaso Valletti is Professor of Economics at Imperial College Business School and at the University of Rome Tor Vergata. His research interests are in industrial economics, regulation, and telecommunications economics.

He is a member of the panel of academic advisors to OFCOM and held a similar position with the UK Competition Commission. He has also been Chief Economist of the European Commission’s DG Competition.

Tommaso Valletti holds a PhD in Economics from the London School of Economics.

Professor Natalia Fabra is a Professor in the Economics Department of Universidad Carlos III de Madrid. She is also Research Affiliate at the Centre of Economic Policy Research in London and Associate Editor of the Journal of Industrial Economics. She edits RePEc’s New Economic Papers on Regulation. In the past, Natalia has been a visiting scholar at various universities, including the University of California Energy Institute, the Institut d’Economie Industrielle (Toulouse), and Nuffield College (Oxford). Natalia works in the field of Industrial Organisation, with emphasis on Regulation an Competition Policy issues. She has worked extensively on the economic analysis of electricity markets. She holds a PhD from the European University Institute.

Bruno Liebhaberg* is Director General of the think tank Centre on Regulation in Europe (CERRE). In 2018-2021, he was the 1st Chairman of the EU Observatory on Online Platform Economy.

He was a professor at the Université Libre de Bruxelles’ Solvay Brussels School of Economics and Management (SBS-EM ULB) from 1979 to 2018. Earlier in his career, he advised former European Commission President Jacques Delors on industry and R&D matters.

He holds a Master in Management Sciences from SBS-EM ULB and a PhD from the London School of Economics and Political Science.

Professor Martin Peitz is a CERRE Research Fellow and Professor of Economics at the University of Mannheim. He is also a Director of the Mannheim Centre for Competition and Innovation.

Martin holds a PhD in Economics from the University of Bonn.