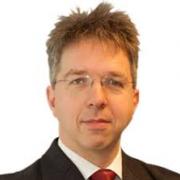 Prof. Pierre Larouche is a CERRE Honorary Academic Co-Director. He is a Professor of Competition Law at Tilburg University and Vice Director of the Tilburg Law and Economics Center (TILEC), as well as a Professor at the College of Europe (Bruges) and at the Institut d’Etudes Politiques (Paris).

Before starting his academic career in 1996 at the University of Maastricht, he clerked at the Supreme Court of Canada from 1991 to 1992 and practised law for three years in the European Community law unit of Stibbe Simont Monahan Duhot in Brussels.