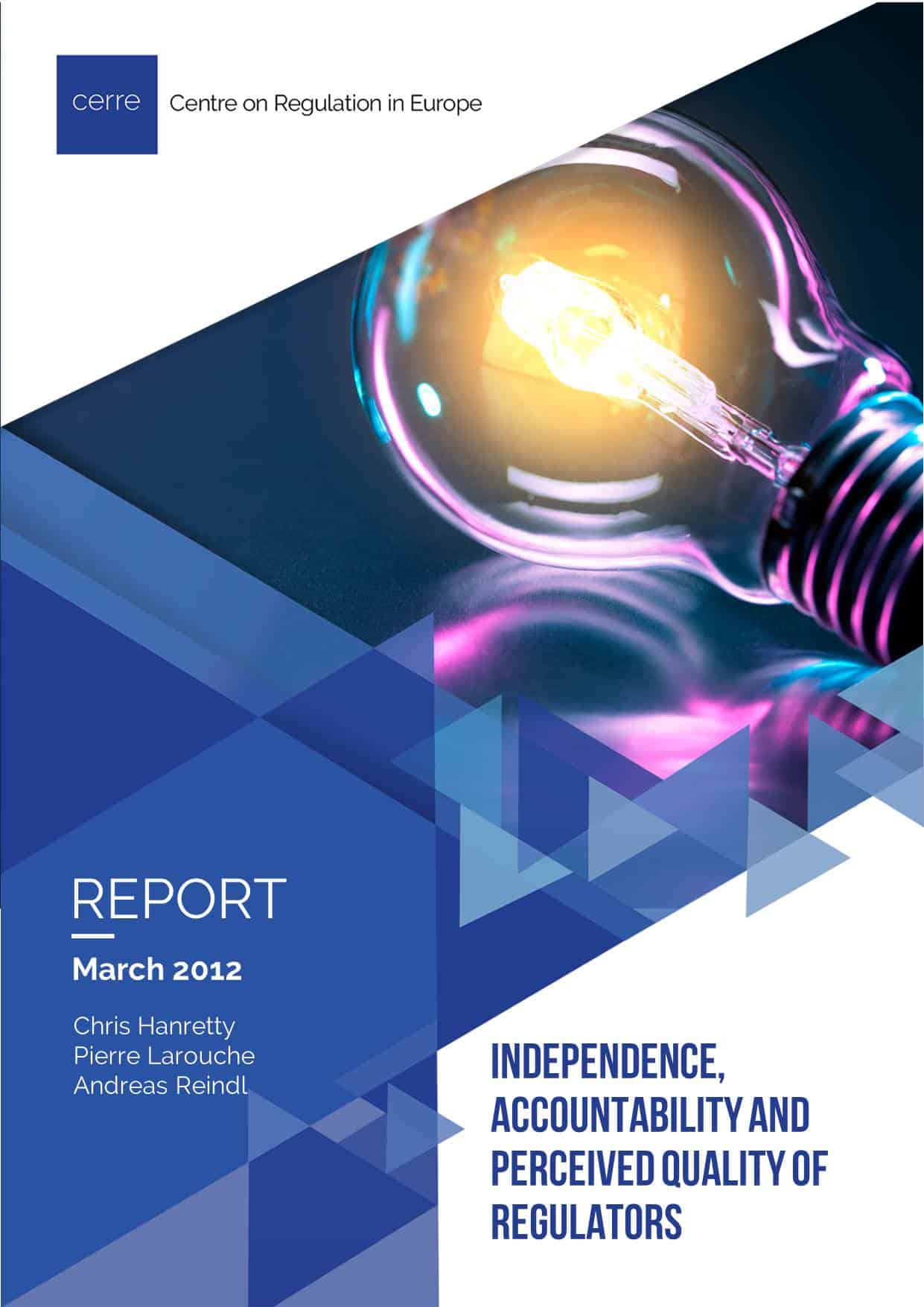 A specific EU model for national regulatory authorities (NRAs) has evolved in the course of the liberalisation processes in network industries (electronic communications, energy and others). It rests on two broad lines: NRAs are independent and accountable.

The CERRE Report on Independence and Accountability of national regulatory authorities (NRAs) provides empirical backing for that model, using a sample of NRAs from three sectors (energy, telecommunications and rail) plus the national competition authorities, and five member states (Belgium, Netherlands, France, Germany and the United Kingdom).

In their report, CERRE researchers compile an index of independence, towards market parties and most importantly towards the legislative and executive powers. They also develop a new index of accountability, comprising the main elements that define accountability towards market parties, the legislative and executive powers, the European Commission, the courts and peers. These two indexes are then analysed against an index of perceived quality of the work of NRAs.

The CERRE Report shows that the EU model works: the more independence and the more accountability, the better the perceived quality.

It also corrects some common misunderstandings: the EU model goes beyond independence of NRAs alone, it also requires accountability. Furthermore, independence and accountability do not need to contradict each other. They can be reconciled.

The CERRE Report has important implications on a number of current issues affecting the provision of regulated services in a number of member states, and in particular, where the position of the National Regulatory Authority was at stake: regulatory holidays in Germany, network neutrality in the Netherlands, last-mile communication network regulation in Italy or rail and airport regulation and also assessment of the nuclear rent in Belgium.

Finally, the Report also proposes improvements or clarifications to EU network industry regulation to the benefit of European consumers and, more generally, of all stakeholders in Europe’s regulation systems and practices.

Regulatory stability and the challenges of re-regulating
4 February 2013

Enforcement and judicial review of decisions of NRAs
21 April 2011