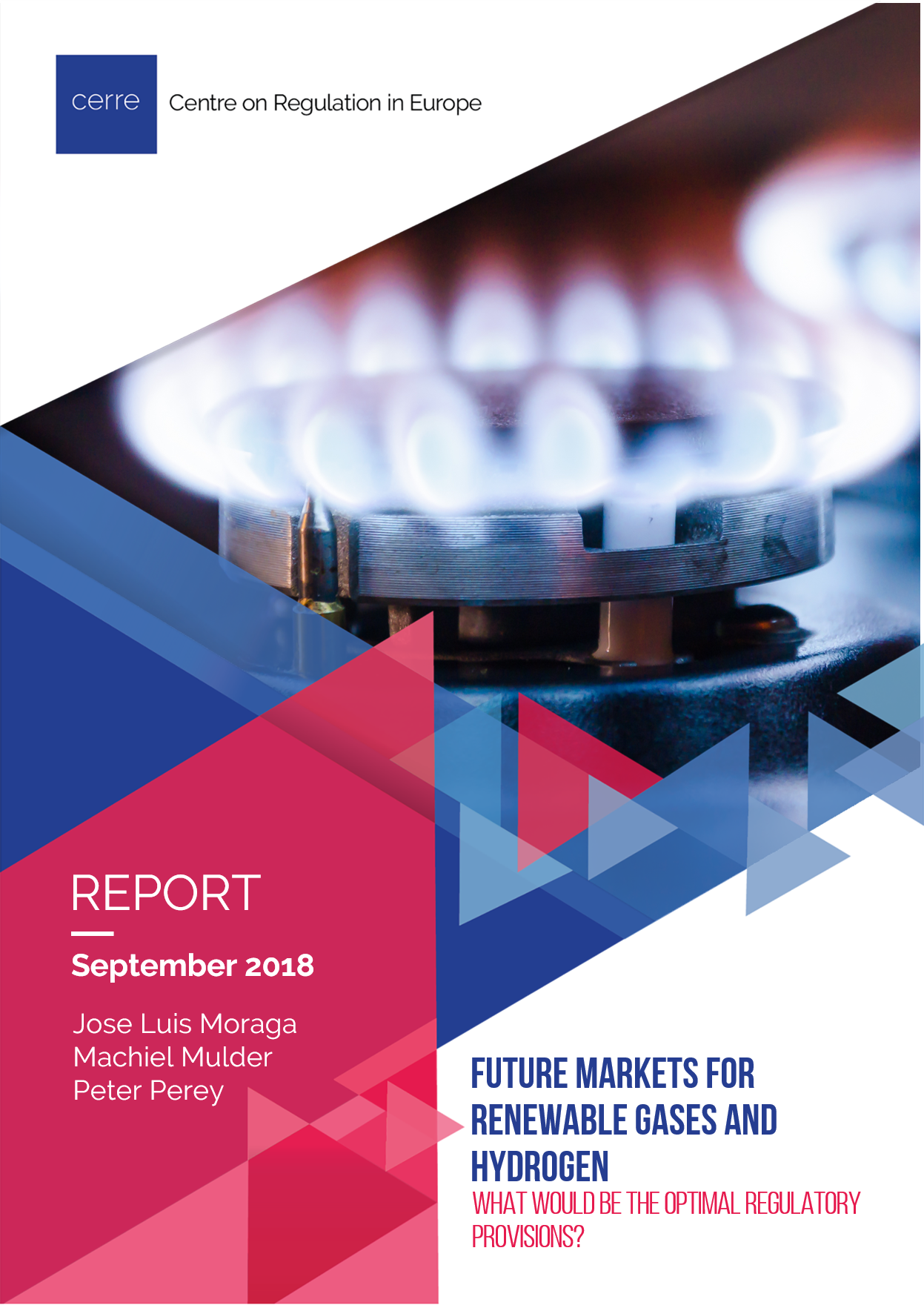 The study confirms the market potential of bio-methane and hydrogen in the EU but finds that the current production cost for both ranges from two to five times the current price of natural gas in the wholesale market. In the absence of support, this cost difference will likely impede their competitiveness in Europe.

The authors provide recommendations to help unfold their potential in light of Europe’s decarbonisation objectives. “Despite massive production potential in Europe, it is very unlikely that renewable gases and hydrogen will properly work their way through the market unless adequate support is put in place”, explain the authors of the study. “If European policy makers want to make the best use of the decarbonisation potential brought by hydrogen and renewable gases, they must think beyond EU targets and introduce cost-effective support schemes, increase their access to the grid, reinforce the transparency and interoperability of Guarantees of Origin and measure the impact of these policies over time”.

Policy makers should set European-wide targets to help renewable gases and hydrogen enter the market. The bio-methane EU market share should reach 10% by 2030 and between 30% and 50% by 2050, depending on the pace at which EU natural gas demand falls. In addition, the report considers that natural gas sourced hydrogen based on CCS technology is the most cost-effective solution to date. Indeed, renewable electricity-sourced hydrogen may hardly be competitive in the short run, due to the expected scarcity of renewable electricity in the system and the limited time for which electricity prices are sufficiently low. The authors also state that all hydrogen produced by 2050 should be carbon-free. Finally, these targets should also be enshrined in the design of National Energy and Climate Plans to ensure their success.

2. Guarantee the traceability of renewable gases via a certification system

Standards for renewable gases should be set at European level, making certificates for the Guarantee of Origin (GOs) interchangeable between Member States and ensuring compatibility with the ETS. Furthermore, the report recommends evaluating the transparency and market liquidity of the current mass-balancing approach which is used in the international trade of GOs.

3. Facilitate access to the gas infrastructure for renewable gases producers

Renewable gases facilities could be given a discount on fees for fixed network costs for accessing the gas network. They may also be given priority access in case of congestion.

The authors note that bio-methane and hydrogen would have greater chances to compete in the market with a strong CO2 price signal. They recommend that policy makers create production support schemes to foster the demand for renewable gases and hydrogen. These instruments should be competitive, tender-based, and incorporate mechanisms to adapt to cost developments.

“The study shows that there is much more to be done than just setting targets for renewable gases and hydrogen. It is also about how we will redefine the potential integration and coupling between gas, electricity and other sectors in Europe in the next decades”, concludes Maximo Miccinilli, CERRE’s Director for Energy.

REPORT | Future markets for renewable gases and hydrogen: What would be the optimal regulatory provisions?

He is a Professor of Microeconomics at VU University Amsterdam. He holds a PhD in Economics from the Universidad Carlos III de Madrid.

José Luis is an ICREA Research Professor (on leave) and worked at the Department of Economics at IESE in Barcelona from 2009 to 2011.

In addition to the study of the market imperfections generated by transaction costs, his research interests include energy economics, two-sided markets, advertising and research and development networks.

His work has been published in leading economic journals, including the Journal of Political Economy, the Review of Economic Studies and the Rand Journal of Economics.

José Luis’ research in energy economics is mainly focused on transparency in forward markets, access pricing for and investment in interconnectors, and the role of open seasons.

Machiel Mulder is Professor of Regulation of Energy Markets at the University of Groningen, in Netherlands. He teaches several courses on energy economics.

Earlier he was the Deputy Chief Economist at the Netherlands Competition Authority (NMa) and head of the energy department of the Netherlands Bureau for Economic Policy Analysis.

Review of the electricity market design in the context of the energy union: the role of regions
23 February 2017