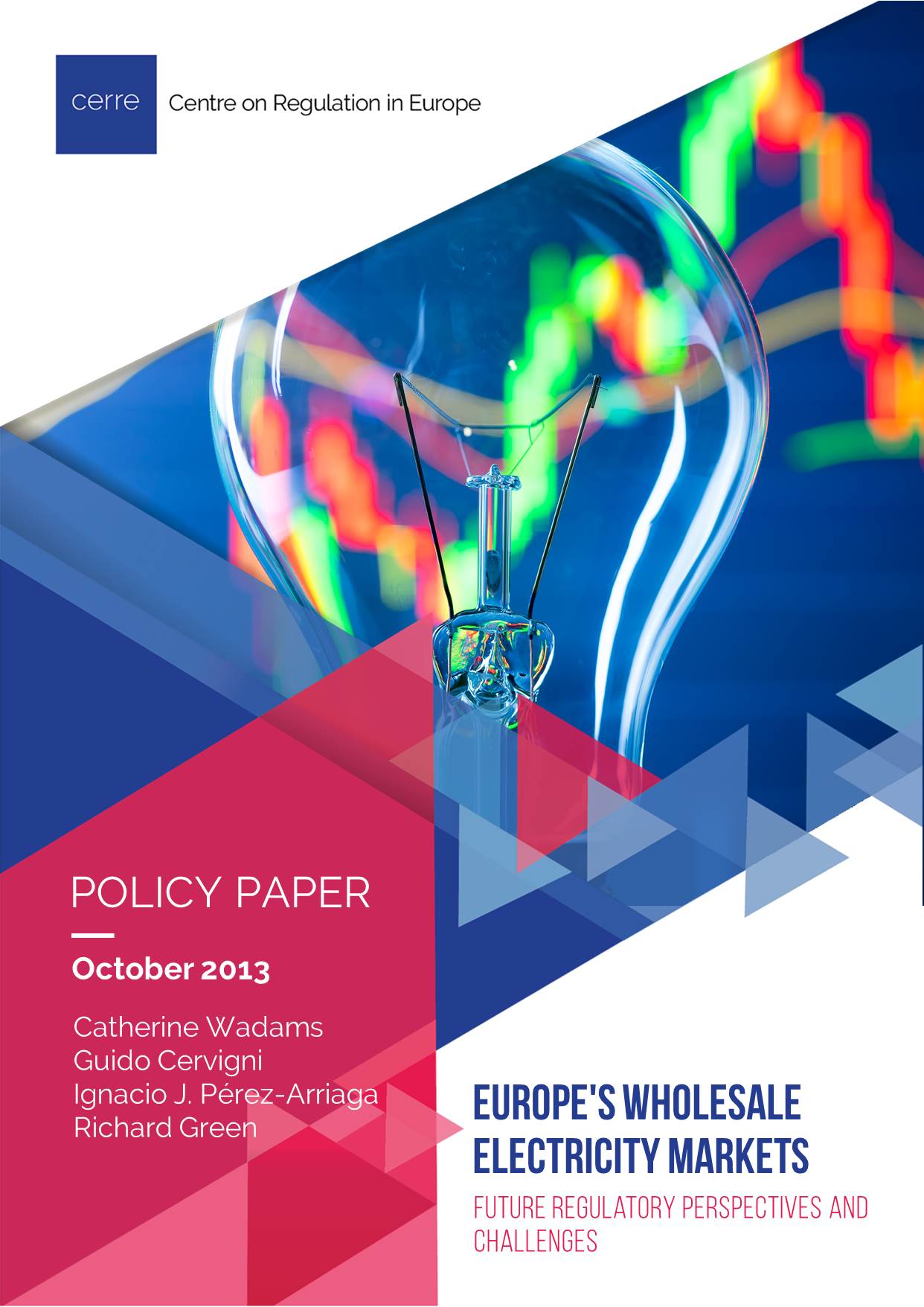 Wholesale energy markets present failures where intervention might be appropriate, identifying such failures is therefore paramount to providing suitable support to these markets.

The increasing complexity of these markets and rising costs requires further market regulation to protect vulnerable consumers, as well as the competitiveness of the market itself. However, any intervention regulation must be carefully designed to avoid political and regulatory failures which might otherwise result in a vicious spiral of interventions designed to correct the adverse effects of previous interventions. In particular, the long term nature of investment in energy markets must be accommodated by regulators and market designers. Finally, the question arises in what circumstances a central solution may be optimal, say at EU level, rather than a disaggregated market solution. Tensions may generate state aids issues in many member States, as they try to reconcile the interests of their own populations with those of the EU as a whole.

Dr Guido Cervigni is Researcher Director at IEFE, Bocconi University. He is an economist and former regulator, who provides qualitative and quantitative analyses on regulatory and competition-related issues, with a particular focuson energy markets. As a member of the System Operation Expert Group advising the European Regulators’ Group for Electricity and Gas (ERGEG), he has been involved in the development of the EU framework guidelines on System Operations. Guido is a former Director at LECG Consulting, Head of Business Development in an energy trading company and Head of Market Development at the Italian Power Exchange. Guido started his career at the Italian Energy Regulatory Authority, where he was Head of the Competition and Markets Division. Guido Cervigni holds a PhD in economics from IEFE, Bocconi University, Milan.

Professor Ignacio J. Pérez-Arriaga holds a PhD and Master’s Degree in Electrical Engineering from MIT, and a Bachelor in Electrical Engineer from the Universidad Pontificia Comillas in Madrid, Spain. He is Professor of Electrical Engineering at Comillas University, and founded its Institute for Research in Technology, which he headed for 11 years. He has also been Vice Rector for Research at Comillas, and currently holds the BP Chair on Sustainable Development. Dr Pérez-Arriaga served for 5 years as Commissioner at the Spanish Electricity Regulatory Commission, and since November 2007 he has been an Independent Member of the Single Electricity Market Committee of Ireland. He is also a member of the Board of Appeal of the Agency for the Coordination of Energy Regulators (ACER). He has worked in power system dynamic analysis, monitoring and diagnosis of power system devices and systems, intelligent computer design of industrial systems, planning and operation of electric generation and networks, regulation and restructuring of the power industry, and sustainability of national and global energy models. He has been a consultant for governmental agencies and electric utilities in more than 30 countries. He is a permanent visiting professor at MIT since 2008, at the Center for Energy and Environmental Policy Research (CEEPR), where he teaches a graduate course on power system regulation, engineering and economics.

Professor Richard Green is the Alan and Sabine Howard Professor of Sustainable Energy Business at Imperial College Business School. He started his career in the Department of Applied Economics at the University of Cambridge, and has held chairs at the University of Hull and the University of Birmingham. As economist, his work concerns competition and regulation in the electricity industry; particularly in the wholesale markets where generators sell power to retailers. Much of his recent work concerns the implications of a large increase in the proportion of electricity coming from renewable generators. He has been a specialist advisor to select committees from both Houses of Parliament, and held visiting positions at the World Bank, the University of California Energy Institute and the Massachusetts Institute of Technology.