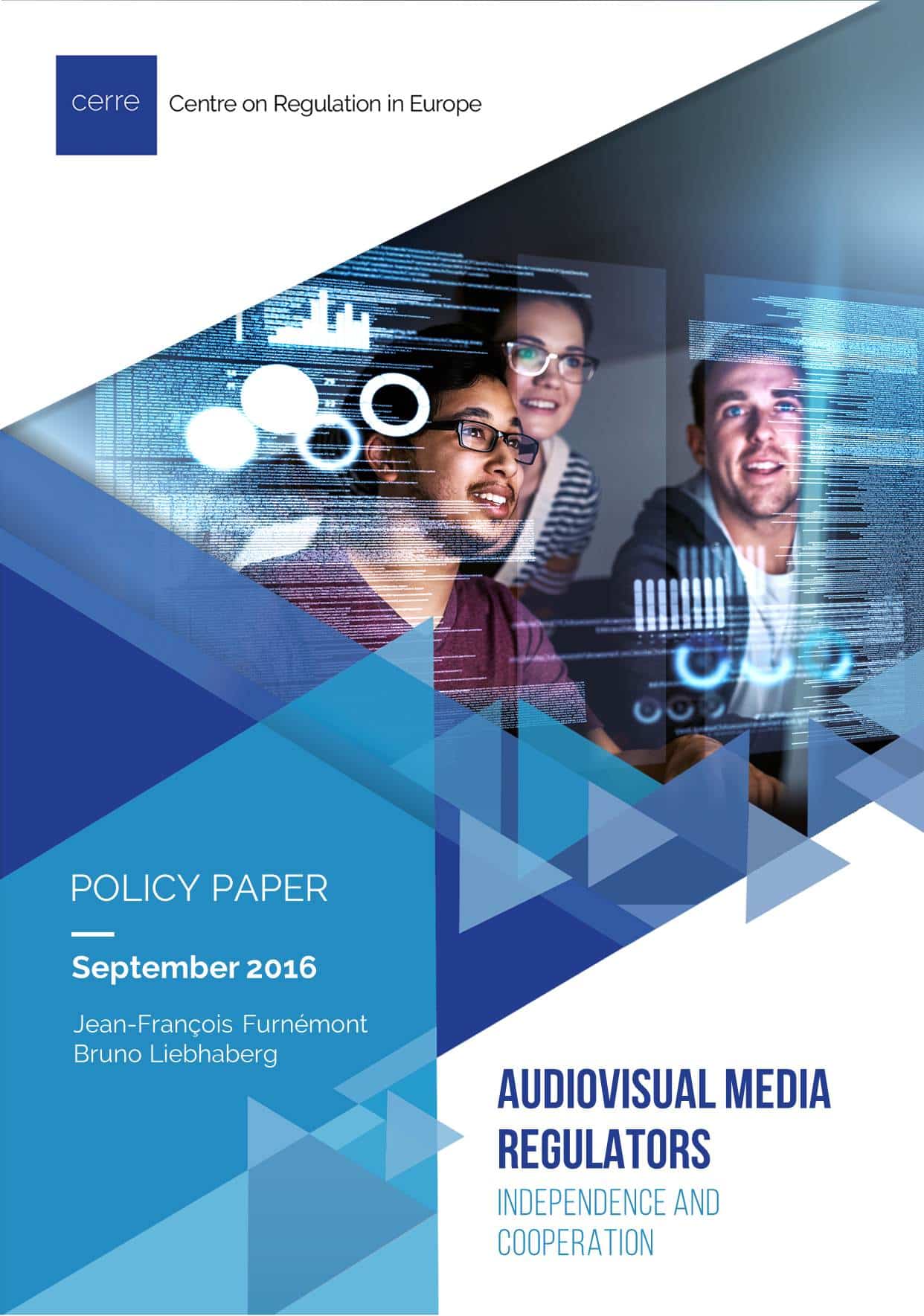 This CERRE Tech, Media, Telecom policy paper reviews why one should be seriously concerned with the provisions of the EC proposal and the CULT Committee draft report concerning the independence of audiovisual media regulators and their ability to cooperate.

POLICY PAPER | Audiovisual media regulators: Why are their independence and cooperation crucial?

Bruno Liebhaberg* is Director General of the think tank Centre on Regulation in Europe (CERRE). In 2018-2021, he was the 1st Chairman of the EU Observatory on Online Platform Economy.

He was a professor at the Université Libre de Bruxelles’ Solvay Brussels School of Economics and Management (SBS-EM ULB) from 1979 to 2018. Earlier in his career, he advised former European Commission President Jacques Delors on industry and R&D matters.

He holds a Master in Management Sciences from SBS-EM ULB and a PhD from the London School of Economics and Political Science.

Jean-François Furnémont previously was a senior advisor at CERRE. He has advised the European Commission, the Council of Europe, and the OSCE.

He is a Founding Partner of Wagner-Hatfield, an independent consultancy specializing in public affairs, policy, regulation and strategy. From 2003 to 2014, Mr Furnémont served as Director General of the CSA (Belgian NRA). From 2008 to 2014 he was involved in the Board of EPRA (the European Platform of Regulatory Authorities), first as vice-Chairman and then as Chairman.

Between 2011 and 2013, he was also the Manager of the CSA’s two-year presidency of the REFRAM (Réseau francophone des régulateurs des médias). A former freelance journalist, Mr Furnémont also served as a Member of the Board of RTBF (Belgian public service broadcaster) and of its advertising sales house RMB.