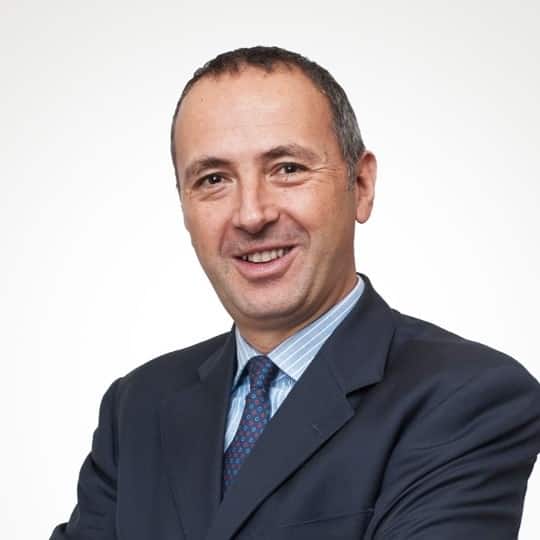 Simone Mori is Enel Group’s Head of Europe and Euro-Mediterranean Affairs since 2018. The Enel Group is one of the world’s leading integrated electricity operators present in 32 countries with almost 70 million end users.

In his role, he is both responsible for the institutional activity of the Group with European Institution and responsible for several countries of presence of the Group in Europe. In current and past functions he held, he developed a solid knowledge of the strategical context of electricity markets in Europe and contributed to steer the company towards a position of leadership in the energy transition.

He was appointed the Enel Group’s Head of Europe in June 2020. From July 2014 to October 2018 he served as Head of European Affairs and, from October 2018, Head of Europe and Mediterranean Affairs. As Head of Regulatory Affairs, Environment and Innovation, from 2009 to 2014, he was responsible for regulatory issues in Italy and abroad, antitrust and environmental policies, in addition to being in charge of Enel Group Carbon Credits Portfolio. He has served on the board of companies belonging to the Enel Group both in Italy and abroad and he is currently board member of Enel Russia and of Slovak Power Holding B.V. (SPH).

In May 2016 he was appointed Chairman of the Italian electric energy association Assoelettrica and he promoted its merge with assoRinnovabili, the renewable energy Association, which led to the creation of Elettricità Futura in April 2017, which he ruled as chairman till July 2020. Currently, he is member of the Governing Council.

He is member of the board of one the main European think thanks, Bruegel, and also of CERRE (Centre on Regulation in Europe). He was also a Senior Transatlantic Fellow of the German Marshall Fund of the United States and a member of the General Assembly and the Executive Committee of OME (Observatoire Méditerranéen de l’Energie).