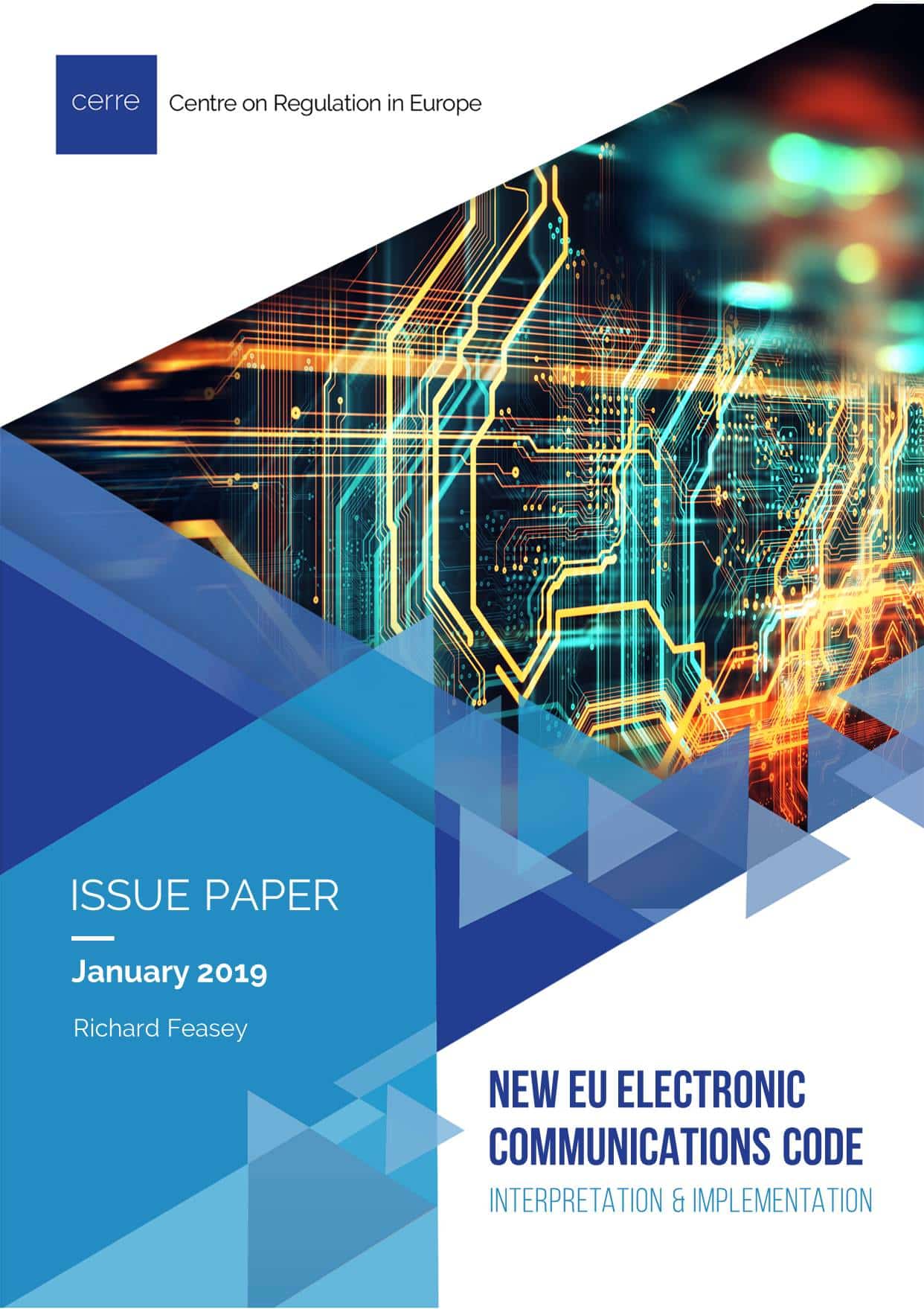 Throughout the past 20 years, the European Commission has been required to undertake a periodic review of the legislative framework which governs the functioning of telecommunications infrastructure and services markets to ensure that they reflect changing market conditions and incorporate new political objectives. The review undertaken between 2016 and 2018, and the European Electronic Communications Code (EECC) which is its result, represent the most significant review since 1998.

The EECC includes many changes which are likely to have little impact on the functioning of markets, and other areas remain largely unchanged. This Issue Paper, which was prepared for the CERRE Executive Seminar ‘New European Electronic Communications Code: Interpretation & Implementation’, considers three topics where changes in the EECC are expected to make a significant difference:

The Issue Paper provides an introduction to the three above-mentioned topics, together with some reflections on the legislative process itself.

Richard Feasey is a CERRE Research Fellow, an independent consultant and a Senior Adviser to the Payment Systems Regulator in the UK.