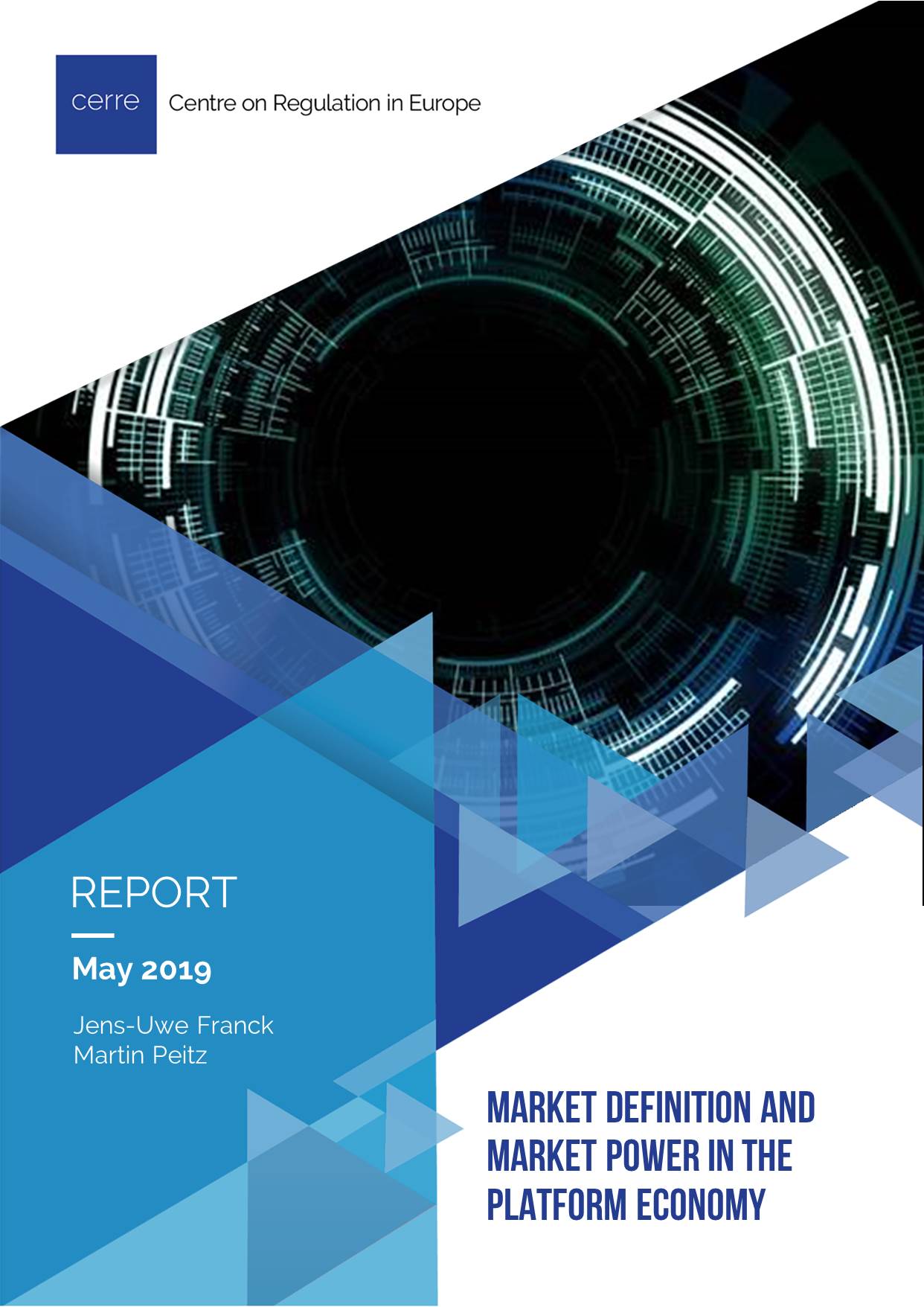 Market definition and market power in the platform economy

With the rise of digital platforms and the natural tendency of markets involving platforms to become concentrated, competition authorities and courts are more frequently in a position to investigate and decide merger and abuse cases that involve platforms.

This report provides guidance on how to define markets and on how to assess market power when dealing with two-sided platforms.

Competition authorities and courts are well advised to uniformly use a multi-markets approach when defining markets in the context of two-sided platforms. The multi-markets approach is the more flexible instrument compared to the competing single-market approach that defines a single market for both sides of a platform, as the former naturally accounts for different substitution possibilities by the user groups on the two sides of the platform. While one might think of conditions under which a single-market approach could be feasible, the necessary conditions are so severe that it would only be applicable under rare circumstances.

To fully appreciate business activities in platform markets from a competition law point of view, and to do justice to competition law’s purpose, which is to protect consumer welfare, the legal concept of a “market” should not be interpreted as requiring a price to be paid by one party to the other. It is not sufficient to consider the activities on the “unpaid side” of the platform only indirectly by way of including them in the competition law analysis of the “paid side” of the platform. Such an approach would exclude certain activities and ensuing positive or negative effects on consumer welfare altogether from the radar of competition law. Instead, competition practice should recognize straightforwardly that there can be “markets” for products offered free of charge, i.e. without monetary consideration by those who receive the product.

The application of competition law often requires an assessment of market power. Using market shares as indicators of market power, in addition to all the difficulties in standard markets, raises further issues for two-sided platforms. When calculating revenue shares, the only reasonable option is to use the sum of revenues on all sides of the platform. Then, such shares should not be interpreted as market shares as they are aggregated over two interdependent markets. Large revenue shares appear to be a meaningful indicator of market power if all undertakings under consideration serve the same sides. However, they are often not meaningful if undertakings active in the relevant markets follow different business models. Given potentially strong cross-group external effects, market shares are less apt in the context of two-sided platforms to indicate market power (or the lack of it).

Barriers to entry are at the core of persistent market power and, thus, the entrenchment of incumbent platforms. They deserve careful examination by competition authorities. Barriers to entry may arise due to users’ coordination failure in the presence of network effect. On two-sided platforms, users on both sides of the market have to coordinate their expectations. Barriers to entry are more likely to be present if an industry does not attract new users and if it does not undergo major technological change. Switching costs and network effects may go hand in hand: consumer switching costs sometimes depend on the number of platform users and, in this case, barriers to entry from consumer switching costs increase with platform size.

Since market power is related to barriers to entry, the absence of entry attempts may be seen as an indication of market power. However, entry threats may arise from firms offering quite different services, as long as they provide a new home for users’ attention and needs.

Jens-Uwe Franck is Professor of Law at the University of Mannheim and Senior Member of the Mannheim Centre for Competition and Innovation.

While his main research focus is in the field of competition law, he regularly engages in research projects on cross-cutting issues that concern the legal constitution of markets.

Professor Martin Peitz is a CERRE Senior Research Fellow and Professor of Economics at the University of Mannheim. He is also a Director of the Mannheim Centre for Competition and Innovation.

Martin holds a PhD in Economics from the University of Bonn.