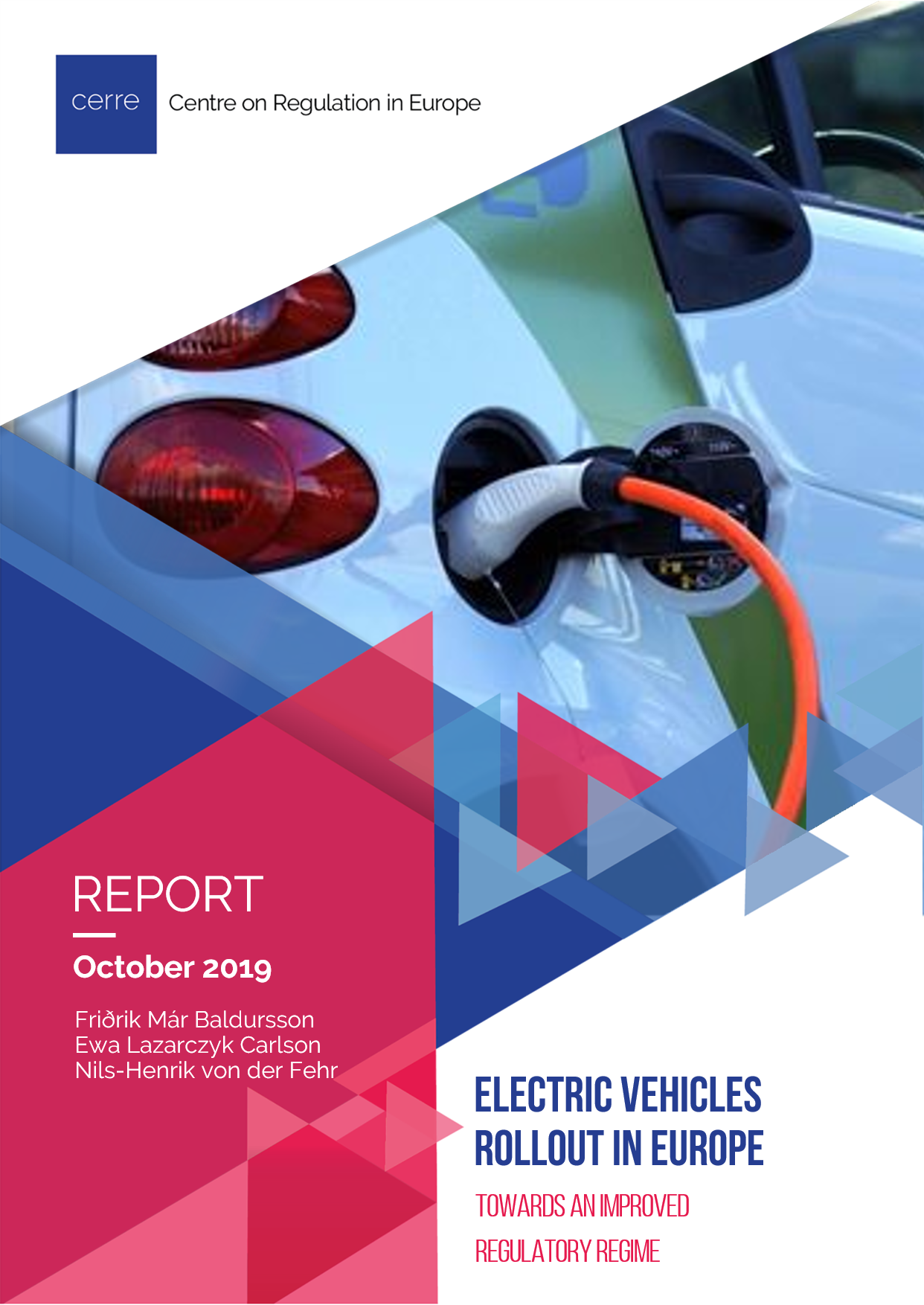 Electric vehicles roll-out in Europe: towards an improved regulatory regime

This CERRE Energy & Climate report provides a timely contribution to the search for concrete responses on how to successfully complete and manage the roll-out of electric vehicles in Europe. For this purpose, the report presents case studies of three countries: Norway and the Netherlands – where market penetration of electric vehicles is already comparatively high – as well as Luxembourg, which is an interesting case from a regulatory perspective.

Norway has some unique characteristics that are important for the study of how electric vehicles affect the electricity system. On the one hand, the penetration of electric vehicles is higher in Norway than anywhere else in Europe. On the other hand, thanks to the availability of cheap hydropower, the Norwegian electricity system has been designed to support electric space heating in a cold climate. Hence, it has been able to accommodate high levels of electric vehicle penetration, even with relatively light-handed regulation on location and capacity of charging infrastructure.

The unique characteristics of Norway make it difficult to generalise its experience. Nevertheless, it does suggest that electric vehicles can be accommodated by electricity systems, given reasonable levels of penetration and sufficient time to respond to the resulting demand for electricity.

The Netherlands already has a well-developed network of charging points. The base for charging is provided by private charging points either at home or at work. Semi-public chargers with limited access are also an important category that is growing quickly. Public chargers are often deployed through a demand-driven approach, and this method of providing charging infrastructure where there is not enough private parking – and therefore a lack of private charging – is an option used particularly in cities.

The Grand Duchy of Luxembourg is a small, still developing system in terms of the number of electric vehicles. Luxembourg has organised the development of its charging infrastructure centrally and the main public charging network is owned by distribution companies. Due to its location, the Duchy cooperates with the Netherlands and Belgium to facilitate the usage of electric vehicles in the region so that users of electric vehicles can charge their cars in any station belonging to the three networks.

Looking at the three cases, Luxembourg has taken a somewhat different approach to creating a charging infrastructure for electric vehicles than the other two countries studied. There, responsibility for ensuring the deployment of the necessary infrastructure has been vested with electricity network companies, who have produced a comprehensive national scheme based on public tenders, to ensure a timely rollout. Given the relatively low numbers of both electric vehicles and charging points in the country to date, it is however not yet clear how well this approach is working, especially compared to the alternative pursued in the Netherlands and Norway.

Both the Netherlands and Norway have adopted more decentralised approaches to charging infrastructure. However, in both countries, such infrastructure has developed in line with the fleet of electric vehicles and charging facilities do not seem to be an obstacle to further growth of the fleet. The Norwegian experience is perhaps of particular interest, given the unusually high penetration of electric vehicles there. The fact that distribution networks are guaranteed financing of necessary upgrades from users has clearly played a part in facilitating the connection of charging points. The Netherlands has developed more of a bottom-up approach to account for the fact that a large proportion of people live in multi-home dwellings without access to a garage or a private parking space.

For the rise of electric vehicles to go smoothly, it is crucial that the right incentives and market structures be in place. One of the challenges for distribution system operators is to ensure that charging mostly takes place during off-peak hours. Time-of-use pricing is a possible option for shifting general demand for charging at or near homes from peak to off-peak hours. However, this may not suffice to solve the localised problems in distribution networks. A change in regulation, rather than a change in the tariff and pricing structure, could be more appropriate in certain cases.

Electric vehicles, or rather their batteries, could also potentially provide important storage and flexibility in a decarbonised energy system based in large part on renewable energy sources. While time-of-use tariffs and pricing or command-and-control regulation would be the appropriate tools to shift charging demand to off-peak hours, they will not be sufficient to exploit the full potential of electric vehicles as storage. One challenge in this regard is simply having enough charging (or de-charging) points for parked vehicles.

She previously served as a Postdoctoral Researcher at the Research Institute of Industrial Economics, a Stockholm-based private and independent foundation devoted to pursuing highly relevant research for trade and industry.

Her research interests include energy markets, the environment and smart cities.

She holds a PhD in Economics from the Stockholm School of Economics.