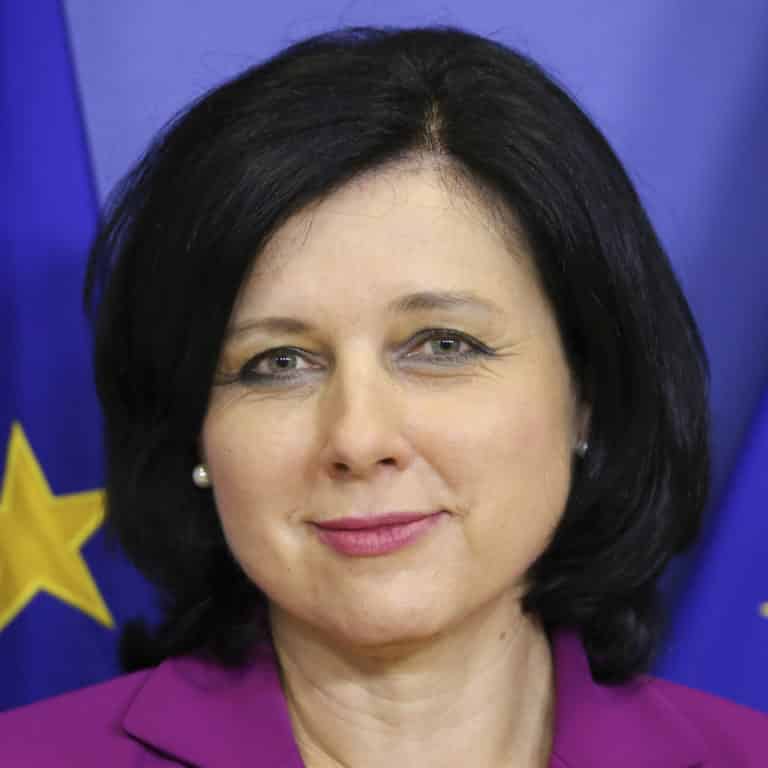 Věra Jourová is a Czech politician and lawyer who has been the Vice President of the European Commission for Values and Transparency since 1 December 2019 and previously served as the European Commissioner for Justice, Consumers and Gender Equality from 2014 to 2019. She has also served as the Czech Minister for Regional Development and Member of the Chamber of Deputies (MP) between 2013 and 2014.