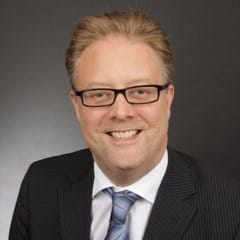 Previously, he held the same position at Captain Train, a French-based independent rail retailer which was acquired by Trainline in early 2016. In this role, he is responsible for governmental affairs at the EU level.

Prior to this, Nick had an operative background, spending over three years as Head of Sales & Business Development at the new long distance passenger rail operator “Hamburg Cologne Express” (HKX) in Germany. HKX was the 1st operator to compete against rail incumbent DB during peak hours on a long distance domestic trunk route, without being part of the same tariff system.

Nick began his career as a graduate trainee with TUI, the package tour operator, and then spent several years with the US low-cost carrier Frontier Airlines, based out of Denver, dealing with very fierce competition in mass market public transport.