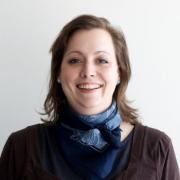 Karen Donders is Director of Public Value at the Flemish public broadcaster VRT.

In 2005 Karen Donders graduated in communication science at the Free University of Brussels (VUB) on a thesis concerning US trade policy in the WTO and its impact on the audiovisual dossier. After graduating she started working as a scientific researcher at the research center SMIT (Studies on Media, Information and Telecommunication), doing research on e-government in Flanders, Canada, Australia and Western European countries.

In 2006 she became a researcher for the Institute for European Studies (IES) on a project called: ‘Towards i2010: Bargaining for an equitable information society. Analysis of the dialectics between the EU and the WTO as regards state aid in the audiovisual and telecommunications sector’. Her research analyses the impact and width of EU and WTO intervention in EU Member States’ state aid policies. It focuses – in particular – on the margins left for nation states to implement and sustain state aid policies related to public service broadcasting and the digital switch-over. Attention is moreover payed to the process of convergence between broadcasting, telecommunications and IT; the interinstitutional negotiation of the concept market failure in relation to services of general economic interest; and the future sustainability of current national/subnational state aid regimes.