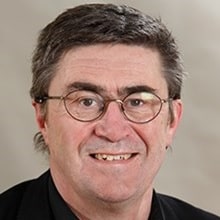 Jan-Eric Nilsson is Professor of Transport Economics at the Swedish National Road and Transport Research Institute (VTI) in Stockholm. Prior to this, he was the Research Director in the Transport Economics Department of Dalarna University from 2000 to 2008, having previously been a senior lecturer and researcher at the University from 1992. Prof. Nilsson also served for 10 years in the economics department of the Swedish National Rail Administration. He received his PhD in economics from Stockholm University.