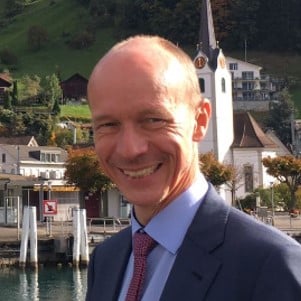 
On 1 February 2017, Mr Ruijters was appointed Director of Directorate B – Investment, Innovative & Sustainable Transport in DG Mobility and Transport, while at the same time continuing as Head of Unit responsible for the Trans European Network (TEN-T) until 1 April.

He assumed the role of Head of Unit in 2009 and was directly involved in developing the TEN-T Guidelines.

He previously worked in the same DG from 2005 to 2009, in order to promote the implementation of TEN-T projects in cooperation with the European Coordinators, and for the development of road safety policy, from 1997 to 2005. Before coming to the Commission he held various positions in The Netherlands related to transport.

Mr Ruijters holds degrees from Nijmegen and Amsterdam Universities in both French literature and European Studies, and was post-graduated at the Centre Européen Universitaire in Nancy, in European Law, and in Business Studies at the University in Leuven.